Botswana’s tourism capital lies on the southern fringes of the Okavango Delta, and still, despite recent modernisations, carries the feeling of a dusty, frontier town. For many tourists, Maun is the point of entry into the Delta, and often into Botswana, with direct flights from both Johannesburg and Gaborone.

Maun is the administrative centre of Ngamiland District and the seat of power of the Batawana people. The Batawana are an off shoot of the Bangwato of Serowe. Following a chieftainship dispute in the late 18th century, Kgosi (chief) Tawana and his people left Serowe and settled in Ngamiland, first establishing their capital at Lake Ngami, then Toteng,then Tsao and finally, in 1915, in Maun. Ngamiland District comprises a fascinating variety of ethnic groups: the Hambukushu, Basubiya and Bayei – all of central African origins, who know the Okavango intimately, having expertly exploited and utilised its abundant resources for centuries. There are also the Banoka – the River Bushmen, who are the Okavango’s original inhabitants, the Bakgalagadi, and the Baherero, who originate from Namibia, and whose women can be seen wearing brightly coloured victorian style dresses as they stroll along the town roads, or sit outside their traditional rondavels.

Frequently, the ‘people’ side of the Okavango is overlooked, with tourists merely using Maun as a transit point to embark for the Delta. However, exploring the traditional villages along the western fringes of the Delta, in the panhandle area, is worth the time and effort, and for many tourists, becomes a real highlight of their travels in Botswana.

The dramatic surge in the numbers of tourists coming to Botswana in the 1980s brought equally dramatic changes to Maun. Safari companies abound, and their signposts dot the sandy parking lots. Modern malls, shops, hotels and guesthouses have sprung up everywhere; and now virtually any food item – from champagne, French cheeses, and chocolates down to commonplace necessities – can be purchased.

Today you can enjoy wilderness and wildlife by day and watch high tech DvDs by night, or walk into old government offices straight out of the colonial era.

Meanwhile, the timeless Thamalakane River meanders lazily through the town, setting the scene and mood for what lies ahead. 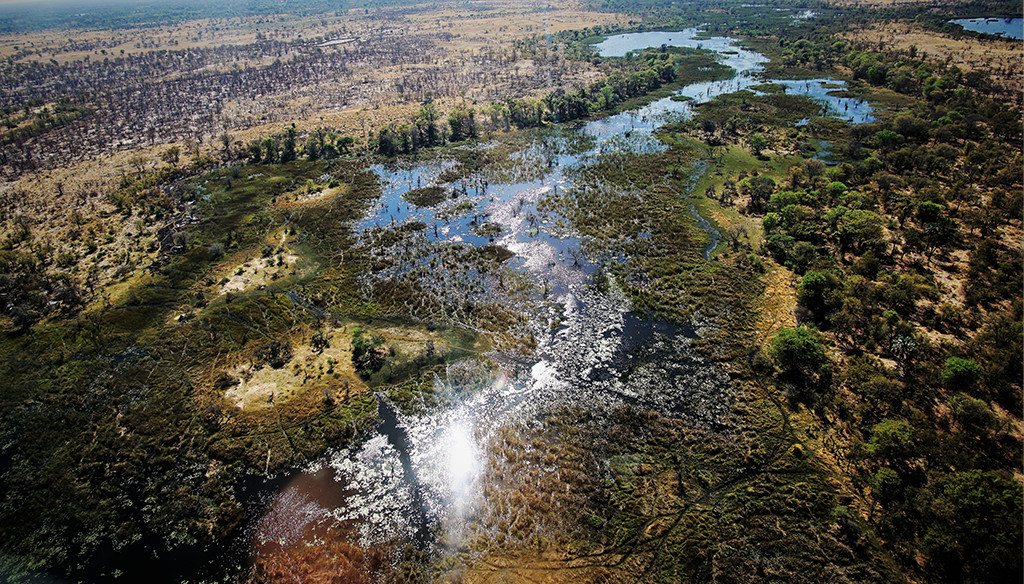